Happy Holidays to all you Kunenans out there!

The year 2009 has been very busy. After we decided to fork Fireboard in January, we went live in February and kicked out a new release every 4-6 weeks on average. Most of our time went into fixing buggy Fireboard code, writing a new 1.5 version, and finally kicking off work on Kunena 2.0 with a developer meeting in Silicon Valley this summer.

Kunena has quickly become the most widely used native Joomla forum component—breaking 250,000 downloads only months after its initial launch. 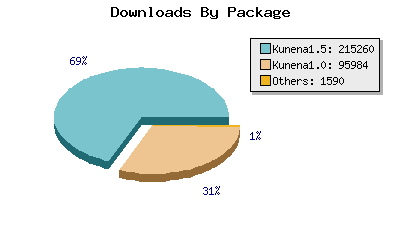 Initially, Matias and I had to put in countless hours to both make things work and help out in the community forums. Over the course of the year, more and more helpers joined in and developed a great support system (more on that later), a world class documentation wiki, and, in the latter part of the year, several active developers joined our ranks. Make sure you check out our team page to see who is giving their free time to make Kunena what it is today. 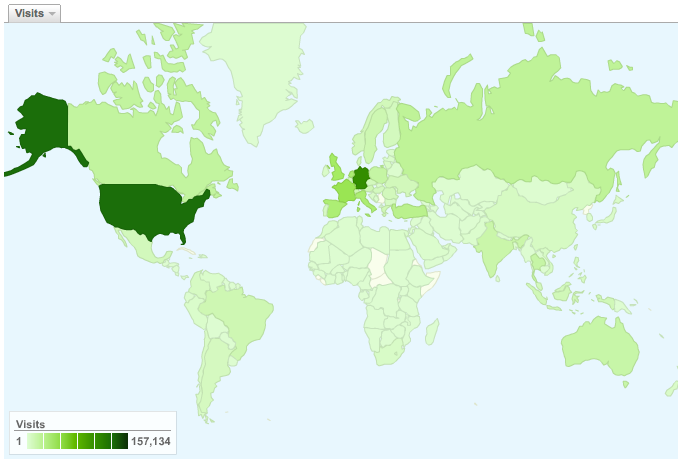 What started out as sharing our work with a little side project for some of us has become a major project—one of the largest in Joomla world—in just 11 months.

We realize that this success brings a lot of responsibility along with it. As such, we are investing even more time and resources into the project and have major plans for 2010.

Due to the growing community of core developers, we are providing a sophisticated development platform to all active core developers that will allow us to standardize code development and rapid prototyping, online debugging, and advance code analysis for better and higher code quality. We are also looking for a dedicated Quality Assurance Lead to standardize component, unit, and load testing for Kunena. More on the development and test plan is forthcoming.

More and more of our users that leverage Kunena in professional installations have requested special, business, or VIP support. While we have not finalized our plans, we are in the process of evaluating options to best provide such services in a reliable and economical way to our commercial user base.

As part of our new identity, we have also continued efforts to protect the Kunena brand and its logo similar to how Joomla has done for its own assets. It is important that the hard work and effort of the team is protected around the world. More details on this in the coming months.

Last but not least, more details on our roadmap. While roadmaps are notoriously difficult to establish in a community-driven open source project, a lot of progress has been made in the past 2-3 months in various code branches. While we first felt that a partial rewrite would be in order (what we'd been referring to as Kunena 1.6), we quickly realized that work is progressing well and that a complete rewrite is the best and only way to approach the next major version of Kunena. Out of this approach Kunena 2.0 was born. Our goal is to have a working demo site by the end of January, which will have the majority of the public frontend working and tuned. Our tests so far show significant performance gains over Kunena 1.5.

Kunena 2.0 will be based on a brand new data model, designed from the ground up for extreme scalability. Millions of threads and posts will not be an issue. The number of discrete queries will be greatly reduced and PHP overhead has been cut to an absolute minimum.

We will be leveraging many of the Joomla 1.6 native functionalities like the new ACL, groups, and custom profiles. Kunena 2.0 has been designed to support both HTML as well as BBcode—eventually even a mixture based on user preference. We are standardizing on a new BBcode engine and WYSIWYG editor.

We have already written a brand new installer that allows us to have better control over modified or damaged installations, better version management, and increased speed. It also performs the complex tasks of installation and upgrade separately—preventing the well-known PHP timeouts we've seen on some hosting providers. The installer will natively upgrade from Fireboard and Kunena 1.0/1.5 without the need to run external or manual upgrade tasks. In fact, due to the new data model, we have opted to keep any old copy around and will create the new model side by side. That way, testing Kunena 2.0 will become easier for our users in their testing environments and even downgrades will be possible.

The backend configuration follows the Joomla 1.5/1.6 standards as much as possible for a well-integrated look and feel. We will provide screenshots once the UI has been stabilized (some time in January).

Our newest members on the developer team have given us the extra bandwidth to add another milestone to our roadmap: Kunena 1.6.

The team is doing some significant cleanup of the Kunena 1.5 code base and has added features like polls and others to Kunena 1.5. As such, Kunena 1.6 will be adding several new features that have long been asked for while still maintaining the Kunena 1.5 codebase. This allows our newer developers to become familiar with Kunena and, at the same time, bring several highly requested features to the Joomla 1.5 native version of Kunena. We are expecting to wrap up development for Kunena 1.6 in mid-January. This will be followed by a private Alpha and public Beta to find any issues that might have been introduced through the partial cleanup and addition of new features.

So 2010 will be a busy year for Kunena. We continue to look for qualified team members that are willing to dedicate some of their time to the Kunena project. Experience and consistency are important, if you are willing to help.

With that, I wish all of you happy holidays and a happy and successful New Year!